Yes it's hard to count out that unorthodox beast, Jiri,. But , as the saying goes, if it goes to the ground, it's over.

Well, I didn’t see the fight but sounds like it was a decent one.

Jiri is the new LHW Champ.

I didn't see it either but read all about it and saw decent highlights. Most folks are saying it was one of the GOAT fights ever. The highlights show it was crazy back and forth all 5 rounds. Each guy did heavy ground n pound damage with elbows causing lots of blood.

One thing I noticed when Jiri fought Dominic Reyes, Jiri is extremely powerful and adept at exploding out of very bad bottom positions on the ground and he did it to Glover too, leading to a lot of reversals for both fighters.

Apparently Glover was ahead through 4 rounds on the scorecards so it was kinda crazy that he got submitted with a RNC out of a scramble with 30 seconds left in the final round.

By all accounts it was an absolutely amazing fight. Too bad Glover came so close at age 42 to retaining his belt against a total savage.

For the minuscule group of mma fans here- a superb 2 round fight.

Btw Ortega is fighting Yair Rodriguez this weekend, on ABC tv for you 'mericans, should be a savage affair.

That was bad ass.

Glad to see you here, Sean.

Submission are the chit, fo sho.

Aight, now that you are engaged, allow me to show you a couple of interesting fights that you might like, though they both involve bashing. The first one is Paddy "The Baddy" Pimblett's UFC debut, he's an Englishman with a dutch boy haircut and a large, loud following, he's on the rise. One round.

And the second is likely the greatest one round fight in MMA history- The notorious Nick Diaz vs heavy hitting Englishman Paul Daley. The stare down alone is epic.

Meanwhile I'll think up some fine submissions to post.

Well here's a bunch of subs. #s 16,11,9,6 (this one was stopped due to arm break though the recipient didn't realize it atm), 4, and 1 are all special for various reasons

I've watched it a bunch on the last year.


A bit of vicarious agression release from dealing with the ex-'s nonsense.

Grappling has it's brutishness...turn the sound up for this one

The Rainier de Ridder vs Vitaly Bigdash was NUTZ!

MMA. RdR is an absolute beast.

One fc is coming to the US. August 26th Amazon Prime.

There are some awesome fights on that card. Including Jonathan Haggerty.

@cory I hope you can view the videos.

thx for posting. that was a vicious inverted triangle.

Idk too much about One FC beyond Shinya Aoki and also this fight I'm posting below which was nasty as Sage Northcutt, who was a ufc favorite for a short while, had his face basically caved in by a former world champ kickboxer

That was a great punch. Unfortunately for Sage he tried to eat it and chipped a tooth.

It was a weird situation, ONE signed both Sage and his sister as "Poster boys/girls" of the organisation. Sage is a good looking, all American with a big jaw etc. But goes to show the hype behind him wasn't justified, not surprised the UFC let him go.

That punch caved his face in and I don't believe he has fought since.

They have some great fights/fighter at ONE. I like the way they showcase the different arts as well as MMA.

Superbon's KO of Giorgio Petrosyan (One of the GOAT kickboxers) was savage, out cold, starched.

DJ getting KO's with a knee to the face after a grappling exchange, was a great fight/moment. The rematch is on the AUG 26th US Debut card.

Rodtang's first fight with Jonathan was one of the best Muay Thai fights in a long time.

Liam Harrision's, 1 round Muay Thai barnstormer with 5 knockdowns is one of the best rounds in recent years. He earned a shot at the title against Nong O for the belt. Nong O is an amazing fighter. tough a hell and a great technician.

Mikey Muscemeci is one of the best Grapplers in the world at the moment.

The list is endless. It would be great to UFC vs ONE at some point. 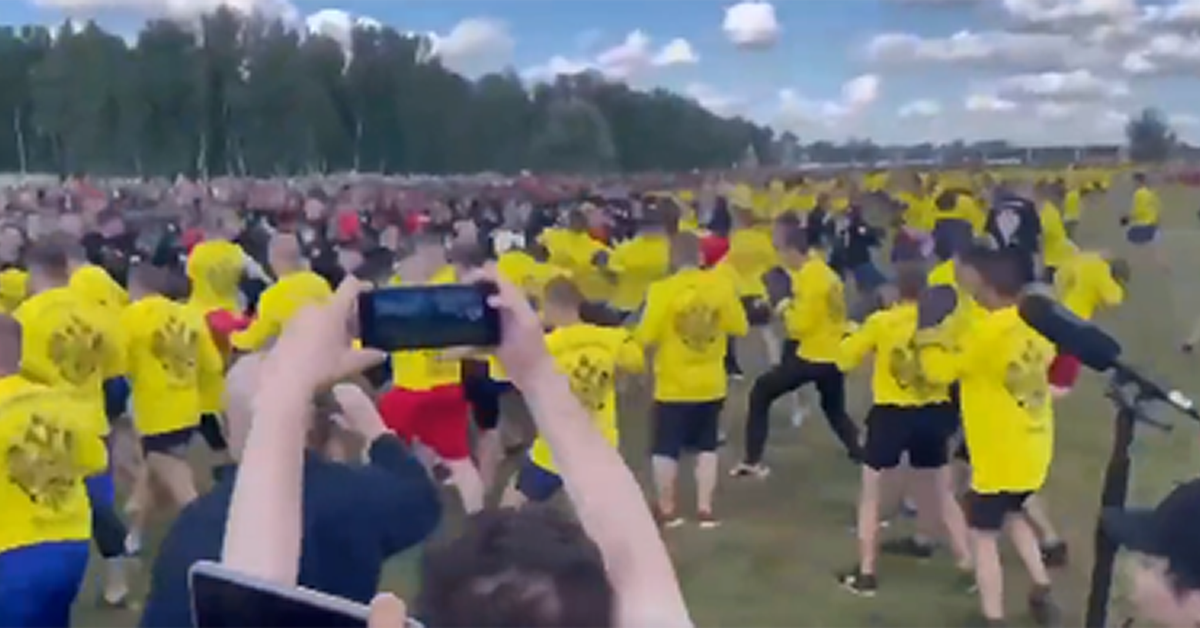 This is why women live longer than men.