INFLATION how's it hitting you?

It would have been a jewish doll.
The jewish cabal is taking over the World according to the Murphadite.

Along with Bill Gates and the lizard people, of course.

So no anti semite, Murphy.
He is basically anti everything.

Any Jews here too..happy Passover to you.

Something about may your name be written in the big book or some such.

treesmith said:
Context, Stig,…context. Look it up. I was responding to Kyle’s post that they should have killed the folks involved in the infamous Jan. 6 shindig.

I have never once advocated killing folks for kicks. I do think the world would be better off without folks who cannot live civilly with others.
Click to expand...

It wasn't for kicks, and i still fully support killing them all. We're on the verge of another civil war in this country, so honestly it'll come to that soon enough.

If it does come to civil war, I'm glad I'm on the side that has all the guns and knows which bathroom to use.

If you think anyone's scared of some gravy seals waddling around you are clueless.

What Fiona said...chill it, please.

Oh yeah, right. This is the "Inflation" thread.

Heck yeah. The rate of inflation and those responsible for it... REALLY PISSES ME OFF!!

So carry on, as usual. Thank you.

It's that Russian guy's fault. Oh, and the orange man.

gf beranek said:
Heck yeah. The rate of inflation and those responsible for it... REALLY PISSES ME OFF!!

So carry on, as usual. Thank you.
Click to expand...

Can you expand on the reasons behind the current inflation rate?

I think gas prices are up because people can charge it to customers. Customers keep saying "yes, please, here's my money". 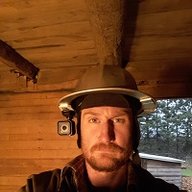 Inflation is caused primarily by the creation of new money. The Fed created (out of thin air) roughly 40% of all the Dollars that ever existed since 1776, in the 12 months preceding Mar 2020. The US has long enjoyed the enviable position of world reserve currency AND the Petro-dollar system since the early 70's, allowing them to effectively print as much as they want, and export the inflation, because there was always an external demand for those dollars. This is the beginning of that house of cards coming down. It was an unsustainable system, they knew it, and here we are, one step closer to The Great Reset, which is a complete upheaval of the US-centric, global financial system...

How does deficit spending affect inflation?

www.stlouisfed.org
.
summarize, the money supply is important because if the money supply grows at a faster rate than the economy’s ability to produce goods and services, then inflation will result. Also, a money supply that does not grow fast enough can lead to decreases in production, leading to increases in unemployment.

Beat me to it.

No to mention money devalues as you create more basically out of thin air.
Gold for example. Inflation traditionally drives the price up. Not that we are on a gold standard anymore, but you can see the inflation in the price of gold. Not because the gold is "worth more" (almost 2000.00 per oz currently) but because the dollar is devalued.

You think differing opinions is what's driving this? Everyday you come here and say the election was stolen from Trump, like we live in friggin' Somalia or something. Where do you think that leads? Let's say he isn't imprisoned or killed by 2024, what happens then? What happens when half the country doesn't accept election results? How does this play out in your mind?

Right wing nuts stormed the capital, not trannys. Right wing conspiracy clowns were shouting hang pence because he had the job of simply certifying the election, not liberals. Right wing militiamen tried to kidnap and kill the governor from Michigan, not blm. It's already happening, and everytime you guys say "most votes ever" you are simply advancing the narrative that our country is such a joke that we can't even have elections. Obviously you all won't be the ones storming the capital, but people with your exact same views and false news did and will again. This is completely a 1 sided problem, and it's not me.

To be a republican today you must agree that the election was stolen, if not then you are a rino and need to be replaced by a republican that does believe in the orange god. In real life, back on planet earth, not even the partisan hacks in the supreme court would even waste their time listening to his lies, and every day another fool that was there on Jan 6 is found guilty and is sentenced to prison. The jan 6 committee has uncovered the conversations Trump and his posse of lawyers tried to use to overthrow a democratically elected president, but still you all keep spewing lies like vomit in every damn thread here, quoting white supremacist and ponzi scheme convicts as your news source. No wonder so many here have just up and left.

I'm sorry if you think I'm an asshole for saying that people are gonna die over this crap, but when it happens and our country is torn apart by the dude from the apprentice maybe then you'll accept reality. So i guess til then we gotta pretend that people who make shit up and post it on the internet are not marching us straight towards war, and that conspiracy theories with zero proof are better than actual news sources. There's different opinions on stuff, and then there's saying that the democracy that was the envy of the world has failed because Trump said so, which is exactly what you are doing.


As far as inflation goes, remember when we had a virus that shut everything down? Well, it takes time to get everything going again. The "free" money you speak of was why your house and equipment didn't get repoed, because while most of you didn't get unemployment your neighbors did, and then they called you rather than saving it because there was more coming. We just went thru the worst financial crisis since the great depression, and yet there were no breadlines and mass homelessness. The world didn't implode, and it was a bipartisan effort to boot. God forbid there's a lag until everything gets back to normal.

Sorry you are so misinformed Kyle. You and Jomo should go get lunch, coffee or something.
And you assume too much. You are thinking in extremes instead of thinking critically.
I do agree we are in a cold civil war currently that can and probably will go hot. Your opinions show how successfully divisive the powers that be are. There is no non painful way out of this.

Ok then, what did i say that you question?

Tree09 said:
As far as inflation goes, remember when we had a virus that shut everything down?
Click to expand...

No, I don’t remember a virus shutting anything down. When was this?

(I’ll pass on commenting on the rest of that rant.)

I remember when World Governments, marching in Lockstep, colluded to shut down major economies under the pretence of a spoooooky new virus. And I remember when those same governments sacrificed the quality of life for young children for 2 whole years, so that 87 year olds could live to be a ripe old age.

But no, I don't remember when a virus shut down anything...

Praise the whatever, we've got us a new conspiracy tin foil hat member.
How exciting.
So you don't remember when a virus shut down anything...

But of course that was just made up by "those governments".

As for inflation, somehow Biden has managed to make fuel prices go through the roof here as well.
I don't know how he has done it, but he sure did a good job.

Food prices have run up as well.
We are having the mail order bride's family visiting and I had to shop food for 4 adults and 3 kids.
Almost shit my pants in public when I saw the bill.

Good thing you had a Depend on!

The “virus” shut nothing down, and you know it. That was done by talking heads with more “authority” than sense.

As to Biden driving your fuel prices up...that's a small price to pay for no mean tweets!
Last edited: Apr 17, 2022