cory said:
Mayer is obviously quite a tree guy but I would say he is many times more a people guy with powerful business acumen.
Click to expand...

You are a gear junkie Dave, you just got all the kids as gear 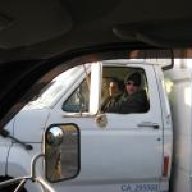 Just in case you forgot they were there 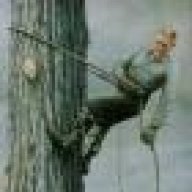 I know Dan Mayer and the guys down at there and have nothing but good things to say about all of them. If there was one company that I could work for, it would be them.

I was down there last spring at the Arbor Party, giving an SRT demo, when NEtree was giving the wraptor demo. Great time, and great people.
N

And thanks for the help with the Wraptor demo, too!

Hope things are well with you, brother.

Alrighty then. This is a10 year old thread, I'm just checking it to add some to it. There's just way too much to write but I'll do what I can.

Re reading this thread, I see everyone who knows mayer tree and Dan Mayer had only good things to say. That alone says a lot.

I reached out to Dan over the weekend because we are insanely busy and I've turned down or put off over 250 requests for treework since the tropical storm in early August. The storm work is 95% over but now 'everyone' is calling to have all their big trees removed. After hurricane Sandy hit in 2012, a treeco from an hour north of me who owns their own 40t crane came down to help us out and they spent a couple weeks in town knocking out a lot of big jobs which took a nice size load off of me, but they were too busy with their own stuff to help with this recent storm. So I texted Dan on Saturday at about 9pm, wondering if he might fill that blow-out-some-big-jobs role. He texted back at about 10.30pm and said sorry for the slow response, lets talk tomorrow or Monday. The last time I saw Mayer tree first hand, it was 10 years ago and his company was basically huge. Since then it has only gotten bigger and more successful, so the fact that he got back to me, a guy he couldn't possibly remember from 10 years ago and who he last spoke to 7 years ago about Dan's opinions of terex 75' rear mount buckets of which he owned several and I was gonna buy one, I found it rather amazing that he had the time and energy available to get back to me promptly.

Today we hooked up for a chat. Bottom line was that there isn't enough work that I have a line on here for him to come down, it would have to be a huge job like cleaning up a giant park of damage (Mayer cleaned Central Park in NYC after Sandy) or a contract to clear all the storm damage out of an entire town. But we had a great chat. He owns several of the Grove gmk 3055 60t cranes that are probably the ultimate tree crane due to large capacity/reach and small foot print, and more recently he has added Sennebogens (large, high reach, custom built, wheeled-excavators style grapple saw) and Fallbachs (german made, heavy capacity, sliding stick boom grapple saw mounted on the heavy duty gmk chassis). He says only about 10% of his trees are removed with the 60t Groves these days because the Sennebogens and Fallbachs are hyper productive and fast. The Mayer motto has become 'tree removal in minutes' and he mentioned that average tree takes about 6 minutes, lol. He also has at least 1 Timbco feller buncher. And they do loads of grinding/making mulch and log trucking.

So the Mayer treeco clearly has their chit together when it comes to cutting trees. But beyond that I asked him about leadership and people skills at Mayer cuz I figure there has to be a boatload of it there to keep the company moving and growing as it has. In response, he said a lot of the same things today that he mentioned to me 10 years ago- he does everything he can to help his employees grow. He gets his employees the best equipment available on the planet and makes sure they have enough work to keep them all working.

I tend to feel that the top treeco employees need to have a 'knack' for the work to be highly effective and how does he find those people. He basically strongly disagreed with that premise and said that most anyone who wants to learn can do it. Yes, some people will pick it up quicker than others but most will pick it up eventually and do very well at it. He said 'show people how the machines work, and then get out fo the way, leave in fact, and let them do it. In fact, you have to leave because initially it will be hard to watch

. He said most small treeco owners think they are the only ones who know how to do the work and therefore they never grow out of being a 3 person company (like my treeco

). Which reminded me of the quote, 'Graveyards are full of indispensable men," Charles DeGaulle.

He said a lot more excellent stuff but my biggest takeaway was his views on people and employees. He said he buys equipment that is so hyper productive that the cost of ownership is actually quite reasonable, not to mention the fact that the machinery has trade in value which further lowers the overall cost of ownership.

I hope this wasn't TLTR, but I just wanted to convey the unusual level of excellence displayed by Dan Mayer, and make note of his views on employees because I know many of us here have a lot of employee headaches.

Definitely not TLTR. Excellent insights and take away you got from that conversation with him. Thanks for passing that along. What he said about equipment and how you must buy the best and then take your trained people and just leave them alone to do their job is interesting. I'll let some of that ruminate a bit. Thanks.

I spent a day with a Mayer crew a few years back, I used to buy my saws from their retail outlet in Massachusetts. It was great, got to keep a high viz shirt, it's too big, should turn it into a traffic vest.
Jim Courvile was my contact at Mayer, great guy, so willing to help.

Awesome update Cory, and i just have to say that level of production is completely insane and beyond my comprehension.


cory said:
, it would have to be a huge job like cleaning up a giant park of damage (Mayer cleaned Central Park in NYC after Sandy) or a contract to clear all the storm damage out of an entire town.
Click to expand...

cory said:
He says only about 10% of his trees are removed with the 60t Groves these days because the Sennebogens and Fallbachs are hyper productive and fast. The Mayer motto has become 'tree removal in minutes' and he mentioned that average tree takes about 6 minutes, lol.
Click to expand...

Boston , probably more Tree workers and Companies around than anywhere .... Mayer is top in a very competitive market.

Bermy said:
Jim Courvile was my contact at Mayer, great guy, so willing to help.
Click to expand...

Yeah, my experience is that there is a definite strong positive vibe on the Mayer team, very friendly, very willing to help.

09, their Fallbach only reaches up to 75' I believe, but it can take a massive piece at the height so that is often plenty high enough,

Tree09 said:
i just have to say that level of production is completely insane and beyond my comprehension.
Click to expand...

I could be wrong, but I think Chris Girard mentioned he worked with them for a day, they had police escorts from job to job as they needed police for traffic control at each job, I wanna say he said they grossed $60K that day

I would be super positive too if my crew did 6 min removals lol.

Only thing better would be a crew of monkeys that could simply eat the trees from the top down, and then poop them out in kiln-dried lumber....

cory said:
Yeah, my experience is that there is a definite strong positive vibe on the Mayer team, very friendly, very willing to help.

09, their Fallbach only reaches up to 75' I believe, but it can take a massive piece at the height so that is often plenty high enough,
Click to expand...

I'm pretty sure they had the first one in North America , big money w big payback

Tree09 said:
I would be super positive too if my crew did 6 min removals lol.
Click to expand...

Hey, um, guys, you're doing great here but I'm in kind of a hurry, can you get the next one down in 5 minutes, I really appreciate it.

treesmith said:
Only thing better would be a crew of monkeys that could simply eat the trees from the top down, and then poop them out in kiln-dried lumber....
Click to expand...

Dan's probably working on that one now.. 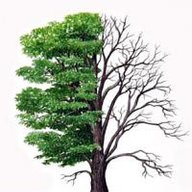 If you really need some backup Cory, I can probably put you in touch with a few outfits. Some in CT.

I appreciate that offer.

When I used the CT treeco during Sandy, I already had a good personal relationship with them, and if the Mayer proposition had worked out, I had a trust in what I know of them. I wouldn't feel right about teaming up with someone I don't know.

Requests for treework keep flowing in, 11 more today, probably 8 of those sound like good, viable, local jobs. I'm just putting them off to December and probably 70% of them say they are fine with that.

During more normal times, I would probably get 1-3 requests per day.

No problem. Those I have in mind are side by side with Dan‘s company. Not as big, but very well equipped.
Keep the pace, it will all work out in the end.

6 minutes!!! Takes me that long to get into my harness these days!!

I drove a vehicle and sold for a local shop at the NC TCIA and we were set up next door to the Sennebogen booth. That machine is amazing.
You must log in or register to reply here.
Share:
Facebook Email Link