Sounds like one job that should be replaced by robots

The problem is that robots aren't even close for that kind of work.

That's what I thought. Here Japan is building android women when people are killing themselves trying to deep sea weld and stuff.

Amazing video....those guys have to really have their heads right....28 DAYS in that chamber.

I don't get that part. 4 or more in that little propane tank? for a month? Things could get stinky really fast.

There's got to be more to it.

That's how you live, because it takes too long to decompress you. It's just part of the deal. My buddy went to school for it (i was supposed to go with him), ended up just being a fitter too. Very hard to get to that level as a diver, so it's not even just that. Some dive in sewage ponds, nuclear facilities, e.t.c. yeah I'm good lol

@pantheraba what's the worst stuff you had to dive in?

Nothing like what the videos showed. In shallow water searches it is often mud, slime and duckweed/lily pads.

We had to recover a murder/suicide weapon once.... .45 Glock that the fellow tried to murder 2 people with...then blew his brains out. They called us into the small cemetery pond (maybe 150' across) where he waded out waist deep and shot himself. The FF's had recovered the body when we get there a few hours later but there was a live Glock in the water. Four of us made a chain/line search to find the weapon...2 on scuba, 2 on snorkels. It was kinda weird realizing we were likely swimming thru blood and brains. We found the Glock with the slide locked back...we expected to find a round chambered with the gun ready to fire. First assumption was a misfire/jam from the Glock...unusual for a Glock. When we got with the detectives on shore to examine the weapon we realized the bad guy had only loaded one round into the weapon...or it was the last round in the gun. He had shot two attorneys (one was female asst. DA in Atlanta area -- somehow they both survived...no idea how}.

The pictures below are also a weapons search....a 16 yr old had murdered his 17 year old friend the night before this search...over a video game. They thought he threw the murder weapon (he had two) in this pond. No joy for us...they did find the weapon in the woods later that day, about 20 feet from where they found the first weapon.

The lakes and rivers we search are often mud and goo where we have to search...silt/sediment stuff. Gear gets pretty messed/mudded up. But no sewer diving. They asked us once to do a body recovery at a sewage station...worker had fallen in and drowned. We declined.

He goes a little off the rails with the proselytizing, but a good lesson shared:

Our Rio Grande Valley monsoon rains got into full swing last week & the red velvet mites (“Rain Bugs”) were out and about. Saw several instances of one chasing another and then these three in a circle. Only lasted less than a minute, but definitely fun to watch.

lxskllr said:
Good start to the day. Got a bag of food, headed to the back door to feed Spot and Blackie, and "HOLY SHIT WTF'S THAT?!?!". "That" turn out to be an eastern Hercules beetle(female) on it's back inside the house, with the cat poking it. I flipped it outside. I have no idea where it came from. Never seen one before, and I think it's the largest bug I've ever seen in person. *Impressive* size. I'm not liking this recent trend of enormous creepy crawlies coming into the house when it gets warm. Can't wait til winter gets here... 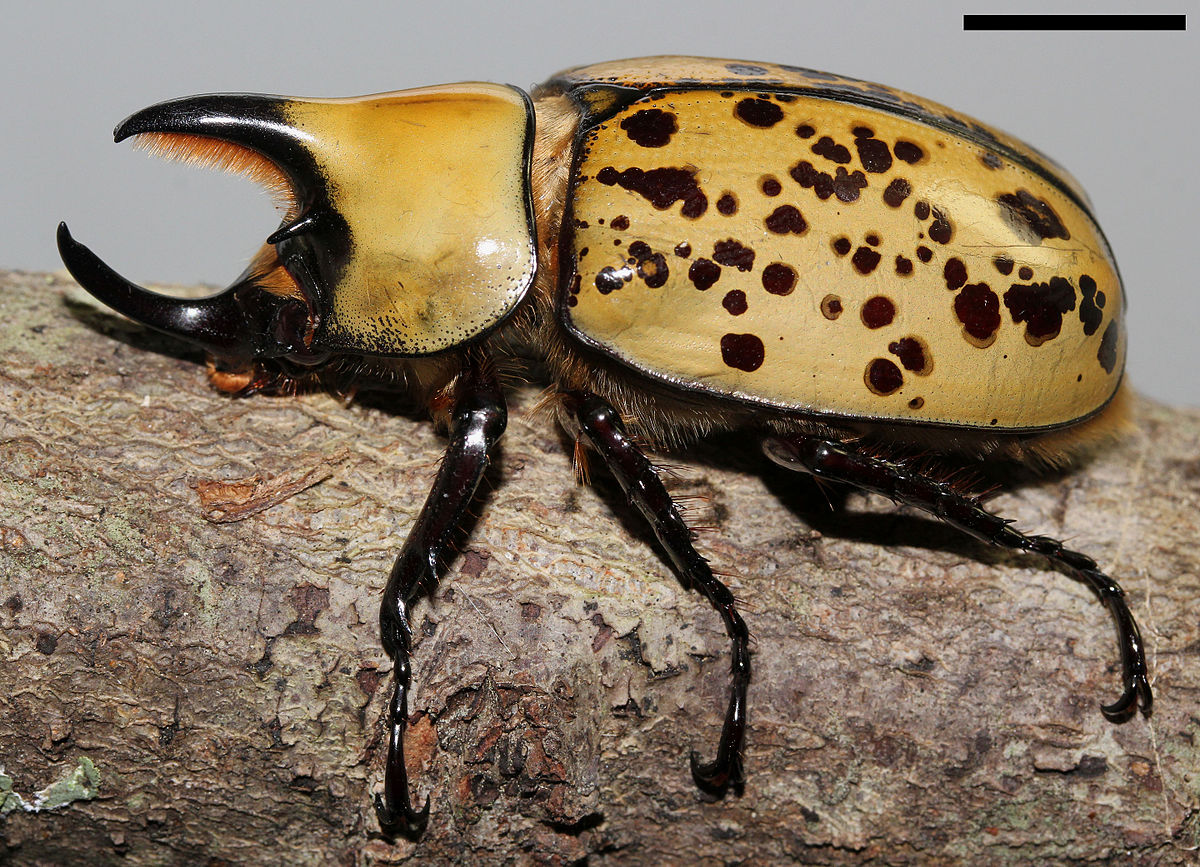 Geezus, life on earth is crazy