Several guys have basic how-to port a saw videos on YouTube already : Ironhorse, Tinman and treemonkey come to mind off the top of my head. If you want to DIY plan on investing a tidy sum to obtain the proper tools to do the job. It’s a lot easier to screw it up than to get it right and replacement OEM top-ends (I personally wont use any Chineseium parts) run around $350... Stihl Ms 462 Cylinder and Piston Kit New Oem 11420201201 - https://www.sawagain.com/stihl-ms-462-cylinder-and-piston-kit-new-oem-11420201201/... Good Luck 👍

That wasn't his point at all.

Fair enough , I’m not interested in doing a “paint by numbers” video detailing step by step the considerable work that goes into building a Hotwoods ported saw. I do not need to build saws for a living, however there ARE some who’s livelihood depends on building saws , be it their bread and butter or to augment their income , therefore the “secrets” can stay behind the shop walls ... Imho , To even entertain the idea of someone “giving away” for NOTHING countless hours of R/D and testing is ridiculous 😂. Who PAYS for all that time/effort needed to develop the recipe(s)? Surely it’s NOT Mr. Mayo ... The way I see it a guy/gal has 2 choices : 1) buy a built saw from his/her builder of choice and go cut wood , OR 2) buy all the necessary tools (at considerable expense I might add) and have at it. Besides ... No “Video” is going to enable you to build a saw - YOU must put in the time / effort and make the inevitable (and in this case sometimes costly) mistakes as you progress thru the learning curve. Just the way it is. Good luck 🍀

So, your just an old man with a Hammer then? 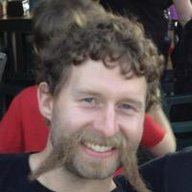 Copy that Frankie! I would pay money for some videos, if anyone gets stuck at home for too long... I guess I just find it all fascinating, but impossible to get good info on the subject. I'm sure if I delve deep enough into the treehouse back logs I can piece it together, but just a run down of general saw building options would be cool to read (maybe another post?)
If you do reconsider those videos, do it for all the poor chainsaws (like mine) running at less than 100 percent

biggun said:
So, your just an old man with a Hammer then?
Click to expand...

I’m not an old man but I definitely have 2 hammers ,the left one is death and the right one is burial😁
Last edited: Mar 18, 2021

Brock Mayo said:
Copy that Frankie! I would pay money for some videos, if anyone gets stuck at home for too long... I guess I just find it all fascinating, but impossible to get good info on the subject. I'm sure if I delve deep enough into the treehouse back logs I can piece it together, but just a run down of general saw building options would be cool to read (maybe another post?)
If you do reconsider those videos, do it for all the poor chainsaws (like mine) running at less than 100 percent

There is a series by Tinman on utube that shows basic porting ...

Sweet, I'll check it out. Thank you!

So this video is a good example of what to do?

Porting and wrenching saws is all fun and entertaining. But to know what do what and how to do what and were you need a lot of experience and testing.
To know how a saw model run you need an average performance result of several saws of same model tested as similar as possible. 10 saws/cylinders per model to learn from and test is about what is needed.
You need to know what you want out of the saw and what to do to get this affect. Most don't. They may learned how to do stuff to the saw, but rarely know the difference of what is what in its performance.
Making a fast cookie cutter is one thing. Making a saw for a logger is something else.
When I wanted to do the saw as good for his use as possible. I needed to know what type of logging he was going to do and how much he did. There is a huge difference in the work and what they expect of a saw.
I made some felling saws for loggers here so they could run smaller saw with longer bar and same performance.
A 372 that run like an 385 or 359 that ran like 372 as example.
They are not interested in a lot of rpm. They want a lot of power and broad power band in engine and many runtime hrs/saw so the saw don't go kaboom first 2000 hrs runtime (not work hrs).

You need to know a few things.
What the saw can do, what you want from it and how to do it....
There is a lot of talking about this all the time by so many... Squish band and porting times, timing of spark, modded mufflers and fuel systems. Its fun and easy to learn and talk smack about it all the time...

I started shop 2004. My customers need to come back here 20 years to come so filling their head with words don't do the trick. A good product sell itself.

I was in Finland and ran a couple factory modded saws from Husqvarna and Stihl.
Not so heavily modded but still with pipe and all. A logger comes up and ask if he could take his saw and run it by theirs so he could see how much difference it was, so he did. His saw was not modded in any way and he cut faster. So they thought it must be a handling thing so they switched. He cut faster with the standard saw than they did and it was better than his in performance, but they had notably worse times with both saws.
His chains was superior the said and switched and his did cut better, but not enough quite to make the difference. The logger left with a hard to beat smile on his face and the saw tuners had something to think about for a few months.
I know this logger and his saw was not modded, just one of the best running 3120's I ever ran. His skill in filing and operating is a well over average.

To toot my own horn as is popular now...
Have run thousands of saws in different brands models and sizes. I ran more than 100 in each model of the common saws sold a lot here like 346, 357, 372 etc.
Have now 850 different saws in collection, 75 brands, 1500 more in parts and doubles of all years from 1939 to 2020.
There is a couple customers per day in average and I run their saws too.
I live, breathe and smell chainsaws 24/7.
Teach less than I learn and test out ALL I hear before I open my cookie hatch and talk about what I think.
have more fun with saws than most can imagine.
I had a HVA 154 (one of my first builds) that out performed any stock saw up to 80cc when eating cookies.

Thanks for the Tinman recommendation, it's exactly what I was looking for. As with most things in life, 2 minutes into the first video I realized there's Way more to saw building than I thought! Thanks again

Well, I reread this thread after learning what squish was

. So Frankie, after watching a lot of Tinman... Do you ever adjust your squish? I think somewhere you may have said you'd do a little bit if a customer really wanted it. You're gains are mostly in porting the transfers, intake, and exhaust + muffler mod and air filter? Any other dark arts up your sleeve?
Those saws looked pretty damn fast by the way! Quick edit for you, "not worth sweat off my 🏀" should probably be 🏀🏀. Unless 🏀 was accurate, in which case I'm sorry I brought it up...

Hi Brock! I run the stock gasket on all my Hotwoods ported saws with the exception of the 261c which is decked and the combustion chamber modded. In my experience it gives the best blend of performance, longevity and fuel economy and if more power is desired a thinner base gasket is installed. There are all kinds of porting schemes / ways to build a saw and I reckon most of them work. 10 guys will do it 10 different ways and claim theirs is the best 😂. For me it’s all about torque and how the saw sounds/feels in the cut. That’s how I build em. A torquey saw that pulls like a tractor down low and still revs out higher than a stocker will cut a lot of wood real quick. Of course if the chain is dull it’s all in the garbage 🗑 no matter what saw you use! Last I checked I still had both 🏀 🏀 😂
You must log in or register to reply here.
Share:
Facebook Email Link