I've had tick borne illness 2x in the past, really knocked me the F out each time but cleared up pretty quickly with antibiotics. Today I was getting a massage (first time ever, for neck/shoulder stiffness, wow it felt goooood) she told me about the bullseye patch on my back, later I went to the walk in, asked doc if I necessarily had Lyme just because there was tick bite evidence, she said yeah, the rash is caused by Lyme. Got antibiotics. Was kinda shot today but not massively wrecked, glad it was found early.

I found ticks on me 2x last week, I think both from the same job- once from the appt and once a week later from doing the job. Lotta high grass on that property. I suppose doing the work since 1977, 3x isn't too bad.

I've had maybe 3 ticks in my career, no Lyme!


Friggin ticks are brutal this year.


No bites on us yet....thankfully, but have picked a bunch of them off.

It's a bad thing, Lyme. We have a couple of friends who basically have had their health totally effed by it, for life.

On a lighter note it's very curable if caught early.

Lots of ticks this year here as well.

I've heard Lyme is common in CT. If I got Lyme for every tick bite, I'd have gotten it 100 times.

I've heard of some one developing some sort of alchohol intolerance/allergy or something from Lyme.

It is a big worry by me. Lots of ticks & lymes is present.

Spent Monday in the ER because of it. Felt like crap last Friday and didn't get better over the weekend. Had a bite get infected and abscess right in the middle of my back. Had to have it cut open. Couldn't move. Started to feel better within a couple of hours of taking the first doxy. I'd nuke every tick on the planet if I could. 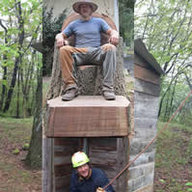 Everyone in the northeast has lymes I’m pretty sure. If caught early the antibiotics can help. But often lymes goes unnoticed and it borrows deep inside you and is hard to eradicate. Under a microscope it looks like a corkscrew. 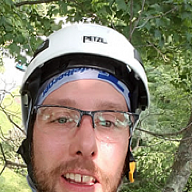 Now I feel like I have ticks crawling everywhere, thanks Cory! I gave up on shorts and wear closed toe shoes all year long. Lately the dog has been the primary vector for ticks. Wife and I do a tick check everyday, keeps life interesting. The dog gets checked each time she comes back inside. Each presentation I see about ticks promotes the use of permethrin imbibed clothing. I am not sure how good sweat and permethrin on one's skin is.

I don't get ticks, much.
I have had maybe 10 in the 40 + years I've worked in the woods.
Guess they don't like that thin vegetarian blood.
Vampires don't bother me either.

That said, I have had Lyme disease.
Got it treated early enough that it didn't bother me at all.
F

Ticks are bad here as well this year. Also skeeters.

Got my first ever tick this year. But no lymes.

I dated a gal once that looked like she had a tick on her face but it was just a hairy mole... so I married her. 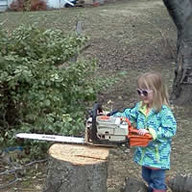 I'd have a box of raisins on hand, just for fun.
F

Lol reminds me of the Austin powers movie!

Had seen this a long time ago, new test that looked promising. I'll go see if I can find any new info.


Not sure of anything as just searching on my phone now. But, this had interesting info and thoughts in it.

If anyone is worried about lyme disease, check out https://www.ilads.org/. Lyme is a difficult diagnosis and can have profound negative effects if not treated. Standard blood tests are basically useless and well less than half infected people develop the bulls- eye rash.

I've had it a few times, really knocked me out. First one was like mono level fatigue, second one less severe, but longer duration. Symptoms are all over the place , including effects on joints, heart health and even cognition.

If you feel off, especially in the north east, get yourself to a lyme literate doctor.

Agreed, Ruel, although these days, if you walk into a clinic, tell em you feel off, tell em you work outside, I think most all docs will start you on antibiotics immediately, no testing etc.

wow! That's significant, for sure!

How quickly do you feel the symptoms?

Lyme disease is bad, but the use of antibiotics for undefined maladies is not good either. https://www.cdc.gov/features/antibioticuse/index.html
You must log in or register to reply here.
Share:
Facebook Email Link