cory said:
Exactly. A bear would walk thru most any human.
Click to expand...

Allow myself to introduce myself. I ain't skeeered!

Seriously I give them respect but I'm not afraid of them. Extremely rare where I live but I've seen my share when traveling. I will say a black bear used to humans can be dangerous. A typical wild bear wants nothing to do with us. 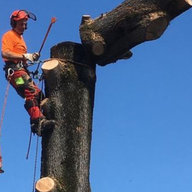 Posted a few years ago, but icymi. This guy is skeeered!

They are common in Lake Tahoe campgrounds. I was sleeping in my astro van, in a bed in the back. I woke up to a bear climbing into my van!! I could see the head between the two seats as it was somewhat laying its body on the driver's door window frame. I was startled awake, by the motion of the van and noise if the bear. I let out a startled noise and it pulled itself right back out. That would have been bad. The rear doors never had in interior handle (some how?!). 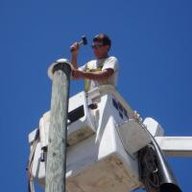 Posted a few years ago, but icymi. This guy is skeeered!
Click to expand...

That was hilarious Mick!
Crazy story Sean.
We've had two recent attacks in the county. One was a teenage girl caught by the head being dragged off and her dog came to the rescue.
Rich, as far as being scared, when you've got one in the dark popping his teeth at you, it will definitely make your hair stand up.

Friends put story on FB , their house does abbut a large forested area but is not remote by any means. Cooking dinner (hot weather windows open) ... They notice a large Bear coming up on the deck smelling dinner. She shut and locked the sliding door , the Bear came up and tried to slide the door open ! ... Wonder what would have happened if the door wasn't locked. 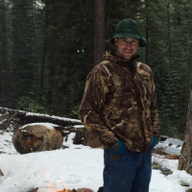 Bears gotta have respect for others! They can't just walk on up in here and do as they please!

Altissimus said:
Friends put story on FB , their house does abbut a large forested area but is not remote by any means. Cooking dinner (hot weather windows open) ... They notice a large Bear coming up on the deck smelling dinner. She shut and locked the sliding door , the Bear came up and tried to slide the door open ! ... Wonder what would have happened if the door wasn't locked.
Click to expand...

Shoot that bear in the face!

Some clarification on karate on the Bear. He got swiped and his face cut, and bitten, but he said his karate ability gave him the resolve to fight. He took a karate stance and when the Bear came forward again he poked it in the eyes and it ran off. Our Asian bear isn't a so aggressive one, but they will attack if they feel threatened, especially with cubs. Basically a vegetarian diet. They've the longest claws of any Bear, apparently, useful for climbing to get Oak leaves and Acorns, their main food. We've had about a dozen come into town this year. There's a public address system and the cops send out a warning. Way up north are the meat eaters related to grizzly.

There was a karate guy named Willie Williams, who supposedly fought a black bear in the 70es.
I can't find the video anywhere, but I saw it back then.
Not very impressive, since willie was about twica as big as the bear.
Reason I write " supposedly" is I don't know if it was a neutered, declawed bear.
Way I remember it, it wasn't putting up much of a fight.

When I worked up in Northern Norway, there was an old guy with a terribly scarred face and head, looked like half his scalp had been ripped off.
I asked somebody about him, and was told that as a young man, he'd killed a brown bear with a Mora knife, because it was killing his sheep.
He was very well repected because of that.

Levi said:
I've encountered quite a few black bears in different situations and never saw them do anything but run as fast as they could! This happened here recently though

This. I've forgotten more bear encounters than I can remember. Never once have I felt threatened. As a teenager I changed irrigation in corn fields every summer. People would come out to see the bears, they were everywhere. Not once did one ever so much as threaten me. I was armed with......nothing.

Years ago, Victor the wrestling Bear used to come around towns in California, well before the humane treatment thing that would have them up in arms today over such an activity. His keeper charged either a buck or five to get in the cage to challenge the beast. Vic was muzzled, no doubt declawed as well. My older brother thought he was hot stuff and was a lineman on the high school football team, he took off his shirt and flexed his muscles when the match started. Victor had him on his back and immobilized in like two minutes. Victor was a pro, probably had an unbeaten record. I'll never forget seeing that, because after Victor got my bro down and had him helpless by sitting on him, sticking his tongue out through the muzzle Victor started to lick my brother's fly. From hero to victim in a couple minutes, it was too funny.

Such a great story, Jay, I love it! I used to consider capturing a little bear in the woods by my house and taming him a bit, I would like to have a pet bear one day.

Levi said:
Supposedly we have mountain lions that live in Boulder, under peoples decks or something is what they say. I'm not sure about that but i did see a big cougar in someones back yard once, they lived on the edge of town.
Click to expand...

Did she hit on you, Levi?

Yes, this area is rife with cougars all type!

Yeah ... most people simply don't get it , think wild animals are a Disney movie. The sow relocated in New Hampshire slowly made it's way back to the original locale , a couple hundred miles crossing highways and a large river several times , fish and game had collar tracking data. It did wind up dying.

I saw a bear face to face on a trail run like 10 miles from the truck, we both scared the heck out of each other.
Though I was relieved it was a bear and not a human or mountain lion…. Nature.

I've seen one wild bear in my life. It was a young black bear next to the Youghiogheny river I was paddling. Didn't look very impressive from my vantage point.

Black Bears are capable of amazing speed and can outrun Deer for short distances. Two summers ago I had to mark some trees a few houses down from mine , decided to walk. Walking down the road shaking the spray can which makes noise ... looked to my right and saw two cubs probably thirty feet into the woods and just beyond them the sow. I'm not stupid and recognize the cubs between us makes a potentially bad situation. Kept shaking the spray paint and stopped walking figuring they would head off ... guess what the sow did , dug in and charged right at me !!! Was actually scared and ran for it while thinking it's impossible to outrun her. Got home safe though , turns out they often do a "false charge" which is just enough effort to make things run away ... still regard our big population of them vermin

Thinking about my trips to the Yough... One of them(dunno if it was the same as the bear trip) there was a crow in the middle of the road, and at least six cars drove over him, and he didn't budge an inch. He wasn't giving up that spot for nothin'. Might still be there :^D

A couple
of hours later , the customer pulled into the driveway and said let's go look at those trees .... I said sure but we're taking the truck

A couple few decades ago when the population was much lower I had two friends who were driving and a sow ran pretty much directly into the front of their truck. Was quite a scene when the warden arrived , dead sow in the road and my friend Elaine was holding the cub and crying. Warden explained the facts calmly , the cub is doomed and probably wouldn't even survive the night alone .... made her let it go

The story that made think of this thread today was on friend's FB page down in Connecticut somewhere. Seems a large sow with three or four cubs was seen quite a bit around town. Sow tried to get into a house occupied by an off duty cop , who promptly shot her dead on the porch. Seems quite a few people are horrified by this and are organizing to get the State to trap the cubs and take them to a Bear Sanctuary somewhere ....
You must log in or register to reply here.
Share:
Facebook Email Link
Top