I’m a sucker for a bargain

Yeah, those huntsman spiders would do it for you.

Cute when they're little though

You forgot to mention the crocodiles and the sharks, Fiona. 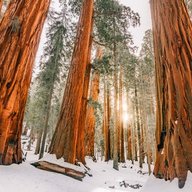 @Bermy Yeah, humor has a way of seriously falling short over the internet. Epic fail on my end. The only thing that translates worse than humor over the internet is sarcasm. It's the effort that ultimately counts!
Australia's fauna sounds quite dangerous and or completely terrifying. I'm all set with spiders for sure. Isn't Australia also well known for having vast regions of dangerous terrain where unprepared and prepared people alike tend to perish exploring them? And then there are Blue Ring octopus, cone snails, stone fish (all of which are deadly venomous) and more people apparently perish from bee stings over there than from snake bites. You also have Cassowaries, which currently hold the title for "most dangerous bird on earth." Kangaroos have been known to f*ck people up, too. Even entire regions of Australia are potentially dangerous, with Adelaide once being referred to as the "unsolved murder capital of the world."

But your accents are awesome! =-D
Last edited: Yesterday at 10:56 AM

@Bermy I'm pretty you guys (and gals) have pretty intense dust storms, don't you? I saw footage of one once which completely enveloped Sydney. They even had video of it rushing towards the city before it encapsulated everything in flying sediment. Very fast moving and potentially deadly. At a minimum it's an air quality hazard. Everything looked blood red from the clay during the incident with Sydney in 2009. That's a great way for someone to develop talcosis of the lungs.

It's all good mate...I'm only a transplant, the Bermuda Triangle malfunctioned on one trip and we popped out in Tasmania.
You must log in or register to reply here.
Share:
Facebook Email Share Link
Top